A local audio expert shares insights on how to use sound as a powerful marketing tool.

At 5 by 5 Design we believe it’s possible to change the world by posing the right questions, listening to the honest answers, and following the path that emerges from the dialogue. Today, we’re focused on how sound can enhance your brand.

Mike Hallenbeck is a sound editor, rerecording mixer, and composer. He thrives on collaboration, and welcomes the opportunity to share the excitement of audio that inspires and communicates. His studio, Junior Birdman Audio, specializes in sound and music for corporate video and advertising, also delving into indie film, animation, and games on occasion.

1. What should organizations keep in mind when incorporating audio into their brand experience?

The fact that people often don’t pay much attention to audio can be an unexpected opportunity. Subtlety can pay high dividends when it comes to adding value to your brand. One can sneak in through the back door, as it were. It all depends on the piece, but there can be power in strategies like slow changes over time, deciding whether sound effects are in tune with music or not, and paying attention not just to big impacts and music hits but also to the transitions between them. Transitions can be very powerful, since people are far less conscious of them, and are thus far less likely to question them.

2. What examples have you seen of sound being used in a powerful way to support a brand?

One that comes to mind for me (an obvious one, but this will pay off below) is the Pixar audiologo, where the lamp jumps into the frame, bends around this way and that, and what have you. No music, just sound effects. Some of the FX toward the very end almost give the lamp a voice, reinforcing its anthropomorphic nature. The entire piece speaks of bespoke craft through careful choices, and the transformation of the everyday through attention to detail.

3. What are some common missteps brands make when it comes to incorporating a sonic brand?

I imagine this happens with visuals too, but sometimes I get the sense that a client wants to integrate a certain sensibility not because it fits the piece, but because they think it would be cool, and there’s no one around with the authority to talk them out of it.

A few years ago I got a call from another audio house that had scored music on five super short branding animations promoting a seasonal event for a well-known retailer. The graphics were colorful, shiny, slick, and dynamic; the audio house had responded with musical stingers that were smooth, synthy, melodic, and sweet. I thought their work was perfect, but the client wasn’t happy with it at all. What they’d decided they wanted instead was—that’s right—sound design that evoked the rickety Pixar audiologo, with the lamp. Would I be interested in taking a crack at it over the weekend?

I decided to go for it, though I doubted there was any chance it would work. I pushed it as far as I could, trying to own the absurdity by pushing the wrongness as far as it would go. I remember accompanying a curved graphic across the screen with the sound of people screaming on a rollercoaster, emphasizing the clacking of the wheels on metal as a desperate attempt to link to the Pixar lamp somehow. I used a melodica to pull the music from cool and smart to goofy and silly. All the while I knew there was absolutely no way the client was going to accept any of this, since it was so clearly wrong. And indeed, they rejected the work. In fact, I never saw any of the animations out in the world anywhere. Which is really too bad—the other audio house had done a great job scoring them, and I had no idea why the client didn’t appreciate their drafts.

4. What advice do you have for organizations just starting to think about adding sound into their brand experience?

To consider audio—and the budgeting thereof—up front with all the other needs of a project. Does the shoot need a production mixer? Do we want a composer to create a custom score for this piece? What sort of sound design and mix will be necessary? Many of the most successful projects I’ve worked on have budgeted for these needs up front, so I can expend the time and resources necessary to provide a robust soundscape.

When these needs haven’t been considered ahead of time, it’s unpleasant for everyone. Budgeting and bidding can be a drag, since the client was assuming the audio budget would be zero. That’s a bad number to negotiate against. And plenty of the jobs I do are essentially restoration triage that could have been avoided simply by hiring an on-set mixer. So maybe I shouldn’t argue for planning ahead, since as a post-production person I do see a fair amount of revenue resulting from the lack of said planning!

5. What’s the strangest item you’ve ever used to create a sound?

The items themselves aren’t strange, but this should work for strangest combo. Once I was cutting the sound effects for a casino animation where the camera faces up through a glass ceiling, upon which giant pennies begin to fall. At first I used actual pennies against some sort of a glass surface, but these were deigned too soft by the client, who wanted them to sound like giant metal objects falling on a massive pane of glass.

I couldn’t find any cues in my library that had enough sharpness or heaviness to them. So I borrowed a crystal punch bowl from a friend. I recorded myself swinging the business end of a large metal shovel against the punch bowl hard enough to deliver as harsh a clang as possible, wincing each time due to the very real possibility that the bowl would shatter into a million pieces. Fortunately and miraculously, the punch bowl was returned unscathed. And best of all, the client was pleased with the result. 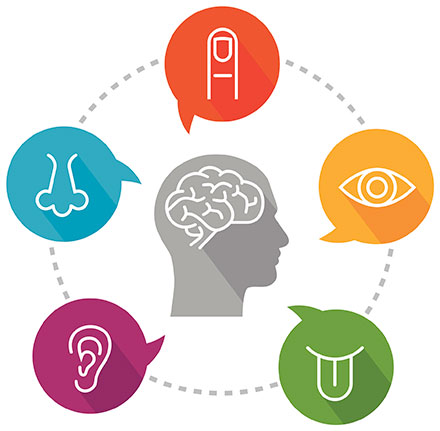 Use your senses to understand your brand. 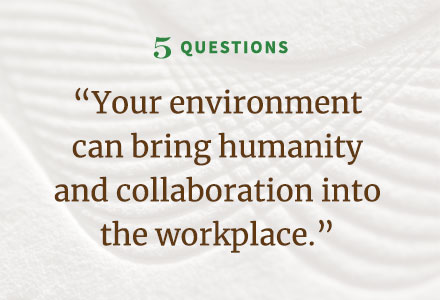 Why Your Brand Needs to Reflect Your Culture

Keep company culture in harmony with your brand.

Get the details of hospitality right to make your brand experience pop.