Who to Involve in Your Rebrand Process

Tips from a successful nonprofit communications director to build the right team and gain organization-wide insight.

At 5 by 5 Design we believe it’s possible to change the world by posing the right questions, listening to the honest answers, and following the path that emerges from the dialogue. Today’s discussion examines the importance of involving a wide range of people and ideas in your rebranding process.

Bethany Wesley is the communications director for the Northwest Minnesota Foundation (NMF), a community foundation that serves the northwest region of the state. Following a nine-month process that included input from board, staff, and partners, NMF released its new brand and messaging approach, the result of which can be seen online and on social media.

We’ve asked Bethany a series of questions about how organizations can include various team perspectives in their branding efforts. Here’s what she had to say.

1. Why was it important for you to involve people from various parts of your organization?

We recognized from the beginning that if a rebranding process was to be successful long-term, we would need complete support and buy-in from the entirety of our organization, from the board down through the entire staff. The process was driven by various teams with representatives from all of our departments. This fits with our existing culture. The decision-making at NMF is done by leaders throughout our organization; we purposefully try to cultivate a culture that spreads that effort across many hands. For an effort such as branding—which had a clear goal of redefining how we communicate who we are and what we do—we recognized right away that had to be driven by, and championed by, the whole of NMF, not just the communications department.

2. How did your team decide who to involve in your rebrand?

We wanted a cross-departmental approach but didn’t want the core decision-making group to be too large. We ultimately decided to identify an internal four-person design team that drove the process. This team included the president, communications director, director for community philanthropy, and vice president for operations. These four led the process while the full leadership team (composed of senior positions throughout NMF) voted on the ultimate choices for decisions such as the brand story, our targeted messages, and visual system. This approach helped build foundation-wide support and enthusiasm for the new brand.

3. What are some advantages to having a broad range of perspectives working together?

This was interesting to me. There would be times when we were presented a set of possibilities, the brand story for example, and it seemed so obvious at first blush which option best fit us. I’d go into internal meetings thinking it was going to be a slam dunk and be surprised to find many diverse opinions. Sharing those differing perspectives was always beneficial! It helped us wrestle a bit with further defining who we are and how we want to present ourselves. While we were rarely unanimous in the final votes, I do think we all felt truly heard. I think having wide involvement and representation—not only in terms of the mix in departments but in length of employment, past backgrounds, life experiences, etc.—helped us to fully consider how each decision could be interpreted by various audiences.

4. What are some challenges related to working with different departments and teams on a rebranding project?

One challenge was that sometimes, with so large a team and so much input, we would have been able to debate our choices and refine our messages indefinitely. We had to keep the timeline top of mind. There had to come a point when we would vote and move forward. I think there also is the possibility of a challenge when your departments are not in sync. Department A might think you are one thing and Department B might think another. For us, even when we did run into these types of varying points of view, we were able to talk those through as a team and hear the varying perspectives. It was not uncommon for opinions to be swayed through these conversations; it was probably the norm.

5. Are there any tips you can offer to other organizations preparing for a rebrand?

For us, I think it helped to set the stage before every big step. 5 by 5 Design intentionally reviewed what we had established internally as our goals for this process before unveiling the options for each new stage, as well as our attributes and brand personality. I think this helped us, as a team, to keep our priorities front and center.

It was also beneficial that we know ourselves as a leadership team very well. We know that most of us do not like to immediately respond to information that is presented to us; we prefer to sit with it for a while. I think that by allowing our team the space and time to think through our options helped us to all feel comfortable with the ultimate decisions. No one was rushed to make a decision that they might have later doubted.

Another tip I would offer is that, for us, message testing proved invaluable. We felt so confident with the draft messaging that we developed. As we heard some differing responses from our test audiences, that really prompted us to pause and reconsider some verbiage. It also caused us to add an additional message that was not on our radar but sorely needed.

Overall, though, the best tip I have is to be open to the process. I thought I had a pretty clear idea of where this rebranding process would lead, the route it would take, and what destination we would ultimately reach. But any preconceived expectations were short-sighted. The journey was much more expansive than I had expected. And the end result was much more on point than what I had envisioned. 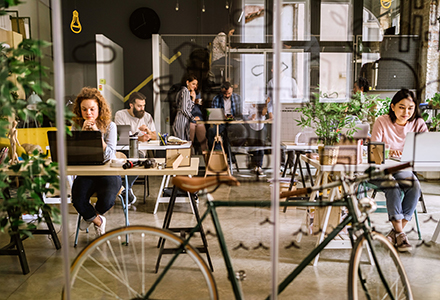 Empower Your Employees When You Rebrand

Your employees are your first set of brand advocates. Help them acclimate to a rebrand with these key steps. 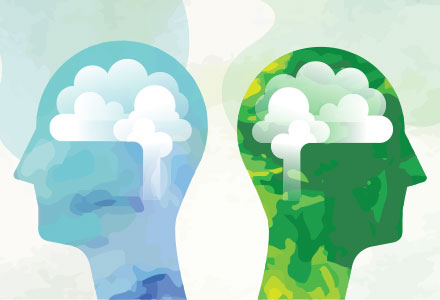 We Don’t Have to Agree

The positive outcomes of embracing a little conflict. 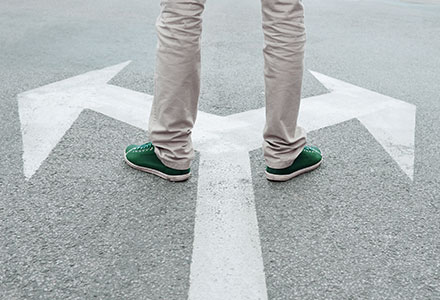 What to Prioritize in a Rebrand

When it feels like you are reinventing everything in your branding toolkit, how do you know what to put first?