Tips for Successfully Creating as a Group

When you’re not the only cook in the kitchen.

Over the last 14 years as a theater artist I’ve created over 30 original pieces in a collaborative way. 20 of those 30 pieces I’ve created with Four Humors Theater, a company I founded with three buddies back in 2005.

I thrive working in a group—I think the process is always stronger with many minds coming together on one project. While I prefer a group think tank, there are certain challenges that arise when you’re not the only cook in the kitchen.

Start with an exciting seed

I think to start you have to have an idea or premise that excites your group somehow. It’s infinitely easier when you’re all passionate about what you’re creating together. You can have an idea and pitch it to someone and see that they’re not immediately on board. Sometimes that idea is great, you just need to pitch it in a different way. You have to bring out the facets of your idea that make you excited so that you can ignite that excitement in the team you’re working with. You can generate a lot of steam from a passionate group. (Bonus Pro Tip: it is much easier to excite your team by pitching something in person versus via email.)

Don’t get married to anything

When the creation process starts, bring in as many ideas as you can ahead of time. It’s always important to do brainstorming on your own before you get together as a group. That being said, be prepared for your ideas to change. Basically you can’t be married to anything before the group starts working together or you’re going to shoot yourself (and your great seed of an idea) in the foot. This is the hardest thing—you have to let go of your ego at the outset. If someone takes an idea you had and they twist it and turn it (and make it stronger), you can’t get hung up on the way you initially imagined it. You have to be ready to admit they made your idea better so you can all move forward. In the end if you can do that, everybody wins! I think it’s a good idea for everyone individually to come in with “too much” so your group will have room to edit down and pick the really choice ideas to lead you to the strongest end product. I usually imagine the show we’re about to make before creation begins, but it is always vastly different from the final product—that excites me.

There will come a point when you’ve worked on something collaboratively for a while and it’s time to make some decisions. You’ve got a lot of material to work with but right now it’s all ideas that are up in the air. You want to make sure that you’re not waiting ’til the last minute to shape your idea into something cohesive. If you end up doing that you’ll scramble to make decisions that usually end up leading you the wrong way (or at least not the best way) so it’s always smart to start setting things early. I’ve been in many collaborative processes where we’ll generate a ton of material and suddenly we’re down to the last few days and somehow we don’t have a show. Then it’s a Hail Mary to get a project finished all because you’ve been generating without editing at the same time, without honing your discoveries down to the goal of a final product. That being said, decisions don’t need to be permanent. They can change over the course of the creation process, but at least you’ll have a few concrete ideas to move forward with instead of a storm of nebulous ones. Happy creating!

Brant Miller is a Twin Cities theater artist with a focus on creating new work. He moonlights as a hospital pharmacy technician and a freelance videographer. For more information on Brant’s work, check out FourHumorsTheater.com. 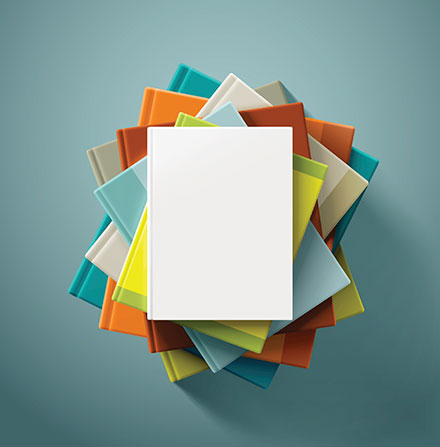 Are you ready for your next brainstorming session? 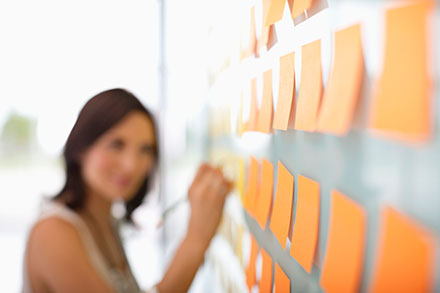 The Best-Run Meetings: Tips everyone needs 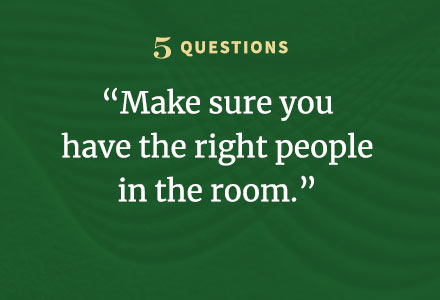 How to Get the Most Out of a Collaborative Process

Creating an effective team of experts.